February is approaching quickly and it brings a number of excellent festivals to the French Riviera ranging from food fairs to flower parades and world class carnivals.

With half term school holidays for Zone B (Alpes Maritimes and the Var) falling on the dates 06 to 22 February, there’s plenty of events on to keep everyone entertained.

Here are Access Riviera’s 10 Recommended February Festivals – plus a Giveaway!:

Chinese New Year, also known as Spring Festival, is based on the Lunar Calendar – it is celebrated globally and is one of the largest traditional holidays for Chinese.

In 2016, the Year of the Monkey (Red Fire Monkey), Chinese New Year celebrations start on 08 February. 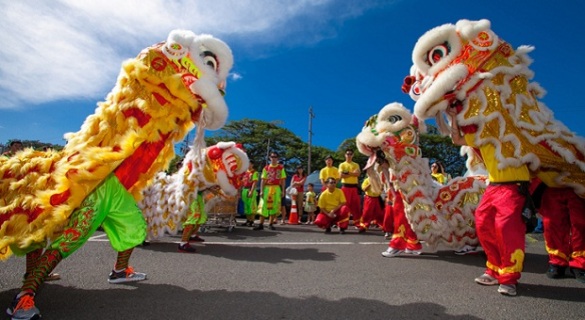 In France, Paris hosts big Chinese New Year events each year (mainly in the 13th arrondissement, Belleville, Marais and Noisy-le-Grand) and there are more French cities emerging with dedicated events including Lyon.

I was surprised to see there is no specific event for the French Riviera, especially as Chinese travellers are an increasing market here contributing a sizeable amount of shopping revenue to the French economy. Also, French-China business trade is on the rise, seen last year locally at the first China Summit at the 2015 Cannes Film Festival.

A Chinese festival can only enhance cross-cultural relations – we host Italian food fairs, St Patrick’s Day events, Russian Christmas celebrations etc so perhaps Chinese New Year is next? Every Chinese New Year festival I have been to overseas has been enjoyed by both local residents and tourists – vibrant displays of lanterns, food stalls, crafts, dragon dances, martial arts, fireworks.

February is busy across the French Riviera region with many festivals however I can’t help thinking this is a missed opportunity for Côte d’Azur Tourism? If an event is not put in place in the future Chinese visitors may turn their interest (and euros) elsewhere including Lyon, Paris, London, Barcelona or Stockholm.

Anyhow, here is a round up in this link of Chinese New Year events across France and a restaurant guide of where you are most likely to be able to ring in ‘Gong Xi Fa Cai’ on the French Riviera.

Pain, Amour et Chocolate (Bread, love and Chocolate) will be held in Antibes on the dates of 12-14 February and 18-21 February 2016. The festival is organised by the Italian Chamber of Commerce from Nice, the Chamber of Métiers et de l’artisanat of Alpes Maritimes and the town of Antibes.

Most items for sale have a bread, love or chocolate theme just in time for St Valentines Day. Expect to find craft stalls, chocolates in every size and shape and artisan breads. I’ve also picked up some delicious Italian cured meats and pastries before in previous years so take a shopping tote with you.

It’s a shadow of its large-scale neighbour taking place in nearby Nice, however if you’re not keen on large crowds head to Cagnes-sur-Mer for their free family-friendly carnival on 13 February from 2pm-5pm. Parade, costumed dancers and confetti battle!

Nice Carnival (Carnaval de Nice) deserves a place in the world’s top festivals for the sheer scale of production that goes into it.   Nice Carnival will be held from 12 to 28 February 2016.

Super sized characters on the floats at previous Nice Carnivals

Make sure you attend at least one parade – if you can’t make it you can still follow the action via the official Twiiter account @nice_carnaval with hashtag #nicecarnaval or have a look at the Carnival’s Facebook page.

The theme for 2016 is ‘King of Media’ – I’ll be writing a more in depth guide closer to the festival date with information on transport, parking, tickets as well as accessibility tips for people with reduced mobility so stay tuned!

In the meantime, find the programme and ticket information here: http://www.nicecarnaval.com/en/index.php Menton’s Lemon Festival (Fête du Citron) to be staged this year from 13 February to 02 March 2016 is a unique festival featuring oranges, agrumes and the famous Mentonnais lemons – 145 tons of them!

The festival attracts over 240,000 visitors annually who head to the seaside town of Menton for night time parades, the Garden of Lights display and the awe-inspiring citrus sculptures at the Biovès Gardens.

I’m impressed by how much the event website has improved – with smartphone apps available, QR codes, social media integration and online booking – it’s a real advancement on the past websites. I also really like the poster design they use each year because it’s always vibrant and inspiring.

The theme this year is ‘Cinecittà’, and I’m looking forward to all the amazing creations. Highly recommended if you live in the region, or visiting!  To find out more about the Lemon Festival, click here: Menton’s Lemon Festival

Watch a video of last year’s Lemon Festival display at the Jardins Biovès:

The Combat Naval Fleuri (Naval Battle of the Flowers) is a traditional free festival that presents a colourful display of pointus (traditional fishing boats) covered in flowers, folk music and concerts.

The boats fill Port de la Santé and throw bouquets of mimosa and carnations to the thousands of spectators crowding the quayside in Villefranche sur Mer.

It’s recommended to arrive by train as once you park your car there are many road closures and you’ll find it is stuck there until the end of the parades and festivities!

This year the event is scheduled for Monday 15 February.

The Mimosa Festival (Fête du Mimosa) in Mandelieu from 17 to 24 February 2016 will be bearing the theme ‘Jules Verne’.

The festival is a yellow-hued event with fireworks, performers and the grand flower parade on Sunday 21 February 2016.

Special activities include a guided tour most days to Tanneron with perfume creation in Grasse (prebooking through the Mandelieu Tourist Office, €25 per adult/€22 per child 2-17 years).

For the Fête du Mimosa festival programme and tickets visit this link: http://www.ot-mandelieu.fr/sortez-a-mandelieu/evenements-mandelieu/animations-fete-mimosa.php

Outside of the Fête du Mimosa, tourists can follow the Route du Mimosa that covers 8 destinations in the Var and Alpes Maritimes including Grasse, Mandelieu, Tanneron, Saint Raphael and Bormes-les-Mimosas. For a map, click this link: http://routedumimosa.com/route-du-mimosa/decouvrir-litineraire/

The festival action isn’t limited to the coast – grab your snow gear and make a trip to Isola 2000 on 19 February for the third date of the Ice DJ Festival.

The festival has promised four dates, four DJ’s playing in front of the pistes from 2pm-6pm – entry is free for everyone. 19 February sees DJ Synapson try to warm up the ski set!

If you have kids into Xbox, Wii, Nintendo, Minecraft, collectors cards, sports games, or puzzles, this is where you should take them. 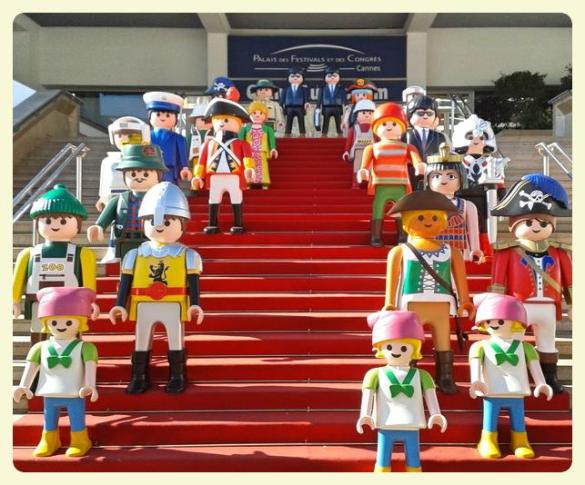 Head to the village of Tourrettes sur Loup on 27 and 28 February for the traditional festival Fête des Violettes 2016.

Based around the town flower, you can enjoy a themed market, concerts, parades and flower battle. Enjoy the festival then stop by Tom’s on rue Grande – they’re famous for their interesting ice cream flavours but you should try the violette-flavoured ice cream!

Other festivals to see: 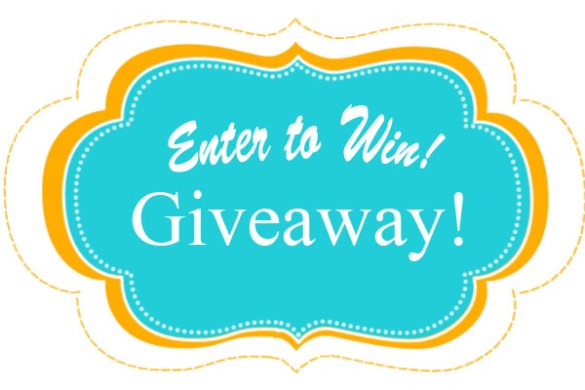 GPSmyCity makes popular apps that feature self-guided city walks in over 470 cities around the world.

To mark Festival February on the French Riviera, Access Riviera is giving away 20 downloads for iOS devices (iPhone and iPad only) for either the Cannes or Nice apps in conjunction with GPSmyCity.

Each one usually costs US$4.99 in the App Store, so here’s your chance to grab some inspiration for walking tours in two of the French Riviera’s most popular destinations!

To win one, simply:

The first 20 answers can then choose whether they prefer Cannes or Nice for their app.

Please note that each promo code is tied to a certain city and, once the promo code is issued, it expires after 28 days, if not used by then.

***NOTE: it is only the promo code that expires, NOT the actual application.  Once downloaded, the application remains valid forever.***