Antibes is one of the French Riviera’s most popular destinations and rightly so – it has amazing history, beautiful old buildings, interesting monuments, great restaurants, fantastic festivals, an award-winning market and it’s a photogenic place too! 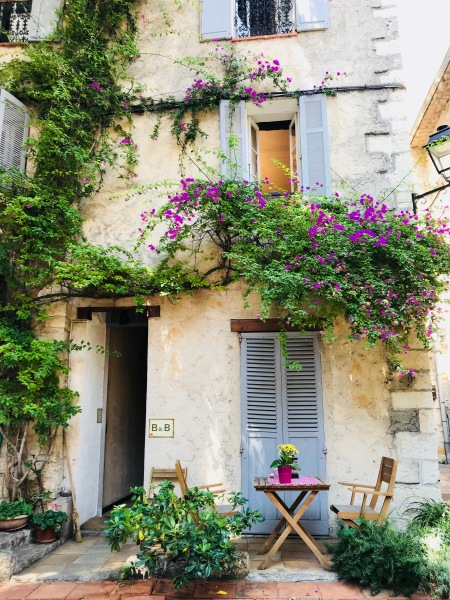 Antibes is a photographer’s dream with picturesque buildings and streets

Recently, I joined a tour with Antibes Free Walking Tours to discover the best of Antibes in a few hours and find out why this relatively new company is being talked about!

Why did I join the tour when I am a local?

I know A LOT about Antibes, however I was very interested in finding out what this tour offers visitors to the Côte d’Azur and how it shares insight about daily French life, the towns rich history, popular attractions and hidden areas of a destination that only a local would know.

Whether you’re a solo traveller or visiting Antibes as part of a group, here’s my feedback on the benefits of taking this tour: 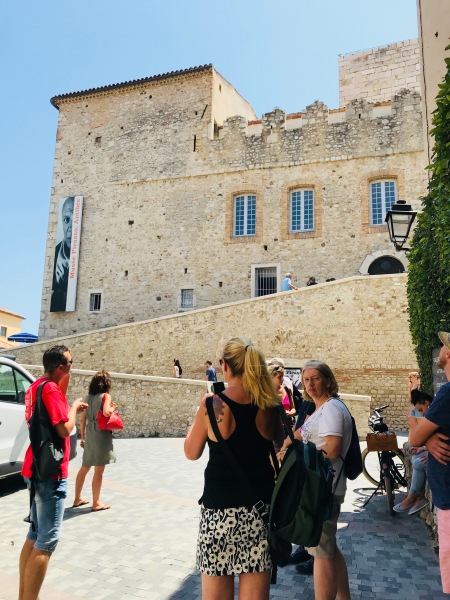 Learn about some of Antibes top attractions such as the Picasso Musueum, as well as lesser known places

Who would suit this tour?

This tour would appeal to many different tourists with wide interests because it takes in so many aspects of Antibes.  Whether you like food, history, art, natural landscapes or finding out about French culture you won’t be disappointed.   Even for a local like me, I found it interesting and informative.  Here is a snapshot of the kinds of travellers who I believe would enjoy this Antibes tour: 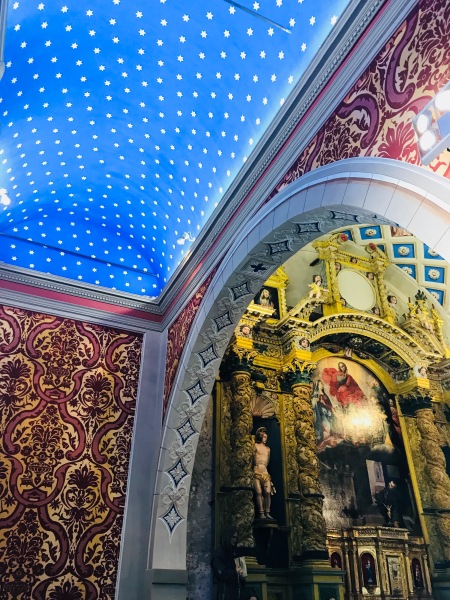 Step inside some of the beautiful places in Antibes

Learn fun facts about Antibes and France on this tour

What time is the tour?

The Antibes Free Walking Tours explores the heart of Antibes Old Town from Tuesday to Saturday.

Tours depart at 10.30am daily from Place de Gaulle, near the fountain in the square opposite Monoprix and last around 2 hours.

Note: The fountain isn’t operating on Thursday or Saturday due to the market, so just look for the guide in the red shirt.  It’s recommended to reserve a place in advance.

I enjoyed the tour so much I have added reviews for them on TripAdvisor where I’m a Top Contributor with over 50 global reviews of hotels, resorts, restaurants and attractions and Wiki Places for Kids.

Disclosure:   I was kindly invited to a Special Bloggers Day with Antibes Free Walking Tours to experience the tour myself.  As I believe in supporting businesses who represent the Côte d’Azur to a high standard, I am listed as a Partner on the website.  However, as always, this review is my honest interpretation of what was offered.

Fête Nationale, often referred by as Bastille Day, is recognised on 14 July each year in commemoration of the storming of the Bastille in Paris in 1789.

Throughout France and its territories, people gather on this day for parties, parades and feasting in the ultimate display of patriotism.  The televised coverage of the traditional défilé in Paris and along the Champs-Élysées is particularly impressive involving military tanks, cavalry, aircraft fly overs by the Patrouille de France, jets and helicopters and the customary appearance from the French President.

As well, there are public events hosted across the country including balls and fireworks displays.  Here are 6 ways you can ring in Fête Nationale this year:

The main event is hosted in Paris from morning with televised coverage on all major French TV stations and news channels.  Expect military formations, speeches and La Marseillaise!

Whether you’re a cyclist or not, the Tour de France is one of the world’s most viewed sports races.  Fête Nationale coincides with Stage Eight of the tour from Dreux to Amiens – you can follow Stage Eight coverage here:  Tour de France route 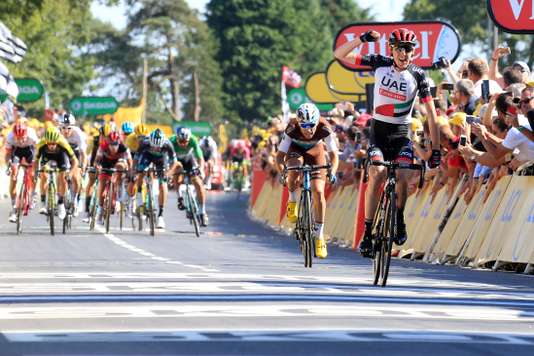 I’m not going to argue with this as there are so many fantastic French wines and of course, Champagne!

For a glass of inspiration, head to:

About France : Introduction to the wines of France

Decanters August 2018 guide with 93 rosés tasted beyond Provence, whites from Languedoc and Crémants 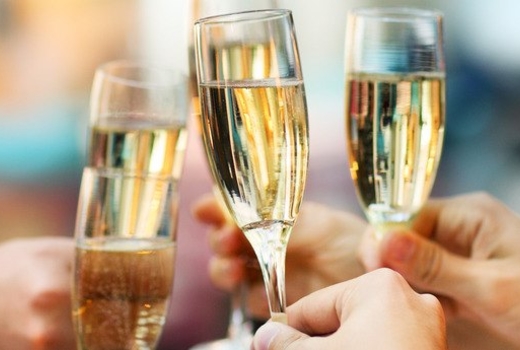 Of course, if adults are having a glass of something alcoholic you can keep the kids happy by whipping up fun drinks such as this non-alcoholic sangria!

French patisseries love a national holiday to showcase their skills and you’ll find every patisserie will display macarons, cakes, tarts and eclairs in the window decorated with icing, sprinkles or bon bons in the tricolore. 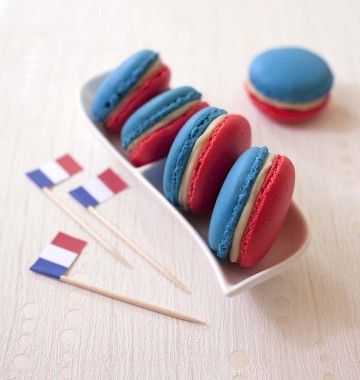 5. Join in on a game of boules

Every town in France has a boules pitch and if you’ve ever wanted to learn the game, today is the day!  Usually, there are park benches beside boules pitches so even if you feel unsure you can always sit and watch the locals play.

6. Attend the memorial service in Nice

Two years ago on this day, Nice was affected by a cowardly attack on a night where people were in good spirits attending the fireworks display.  Sadly, 86 people lost their lives including a number of children and almost 500 people were injured.

I did not write a blog post at that time as I felt incredible sadness for the victims and their families.  In the days following, I was asked to do a radio interview and my aim was to speak about the city they love and live in and focus on the Nice I know.

Tourists have kept coming to Nice.

Daily life has continued as the city moves on with remembrance and resilience.

Nice will always be a place that mixes not divides cultures.  You will find those blue chairs on the Prom, munch on some hot socca and enjoy a cold glass of rosé.

Thank you to the city of Nice for remembering the people with a memorial service today.  There will be a free concert from 9.15pm by the Philharmonic Orchestra of Nice and at 10.34pm, 86 balloons will be released at Jardin Albert 1er with 86 light beams into the sky from the Promenade des Anglais.  You can find out the details below for the journée d’hommage: 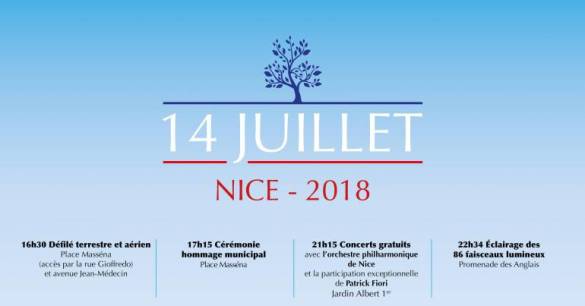 NOTE: I have had many requests for information about the summer fireworks displays on the French Riviera.  I love fireworks, however out of personal choice I won’t be publishing a public guide for the regional fireworks dates as I would like to continue showing solidarity to the families of the Nice attack.

I shall leave you to recognise Fête Nationale in your own way – beach picnics, parades or simply enjoying the sunshine or a meal with family and friends.  A year ago, I shared this video – filmed and edited by Fabien Ecochard; it still holds a poignantly beautiful capture of life in Nice: