The 26th edition of Monaco Yacht Show played out on the quays and marquees at Port Hercules from 28th September to 1st October 2016 and welcomed 35,000 visitors to the Principality of Monaco.

Monaco Yacht Show displayed all the developments and desires of a dynamic and adapting marine industry with major yachting influencers, companies and professionals visiting for 4-days of the show.

Understanding the need for innovation, the Show has worked hard to appeal to a global luxury audience.  This year, the Monaco Yacht Summit hosted 50 VIP guests, a delegation of Chinese VIP’s were invited that strengthened networking from Monaco Week in China hosted earlier this year in Chengdu and the introduction of the Car Deck ensured prestige vehicles had their own dedicated exhibition zone on Quai Rainier III including Tesla’s Model S, Centigon France’s armored Range Rover and Automobili Lamborghini’s open top Huracán LP610-4 Spyder.

The MYS Press Centre was a hive of activity with press releases being drafted live from the show – it was much appreciated to have mobile charging stations at the Press Centre and reception area at Parvis Piscine, thanks to YachtNeeds!

Transport onsite was well managed with electric golf carts shuttling visitors along the exhibition perimeters and especially to the Car Deck area.  My one suggested improvement for next year is that the tender routes are more identifiable as the passarelles were often congested with waiting journalists and visitors rushing to the next meeting so it was difficult to see which tender matched which route. 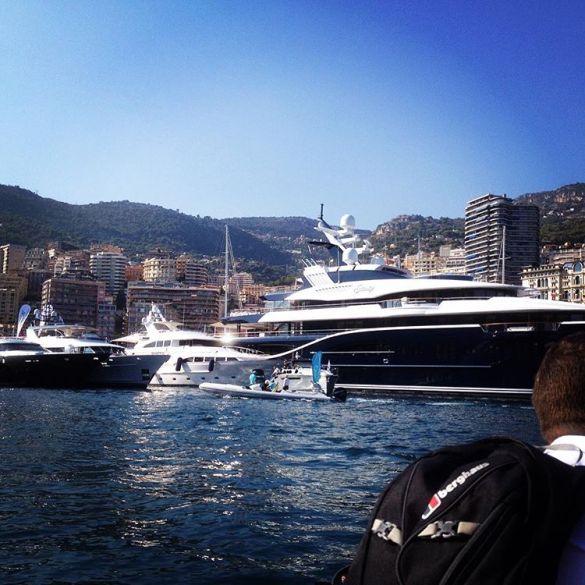 Monaco Yacht Show is the Mediterranean’s leading yacht trade show and is the yachting event to attend for trends with marine accessories, innovation with yachting tech, cutting-edge yacht toys and tenders and new builds within luxury yachting.  Of 120 superyachts displayed, around 40 are there for their world debut.

There were many impeccable sailing and motor yachts that drew attention during the show with hospitable Captains and crews.  Some of the outstanding appearances were Gulf Craft’s Majesty 155, Perini Navi’s 70m ketch Sybaris with British manufactured Cockwell’s tenders, Feadship’s 66m Vanish and the stunning Athena.

There was a noticeable uptake in yachting businesses taking advantage of social media before, during and after Monaco Yacht Show 2016 and it was a vital factor to maintain networking with clients.

Around 400 yachting media partners, photographers and international journalists were keen to see and hear about the biggest and best yachting launches – particular attention was on Heesen Yachts at Monaco Yacht Show 2016 for the standout show launch of 70m Galactica Super Nova by Espen Øeino , as well as Lürssen’s’ announcement on day one of their acquisition of the Blohm + Voss yard. 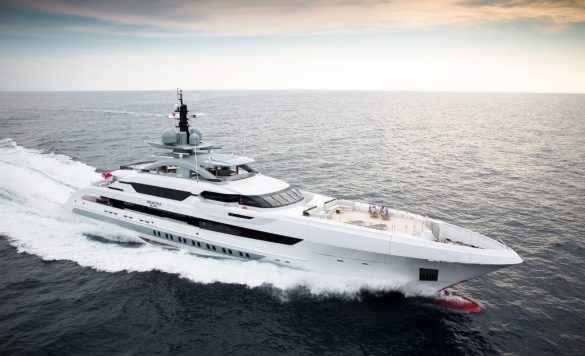 I was also impressed by new superyacht concepts such as 89,9m concept Sundance. The vessel was designed for Fincantieri Yachts by British based studios, Gresham Yacht Design and Seymour Diamond.  Onboard features include a 10m swimming pool, waterfall, Spa, an eye-catching glass floor, the beach club and sea terrace with a sauna, steam room and massage area; a lower-deck hospital and a tank-deck cinema for ten people; touch-and-go helipad with a capacity for an EC135; a fully-equipped gym and an impressive exterior-interior layout.

Yachting tech had a big imprint at Monaco Yacht Show 2016 – CELLweaver for more bandwidth, Van Berge Henegouwen’s Pivot app for discreet onboard notifications, YachtEye’s Engine Room for 3D visualization of the yacht’s primary engineering system, Verticus bespoke audio visual systems and Oculus Technologies who are starting to use transparent displays to give an interactive onboard experience.

One of the premium areas at Monaco Yacht Show 2016 was the Upper Deck Lounge.  This luxury zone including a Champagne bar, meeting rooms, lounge area and a restaurant service.  In collaboration with Sabrina Monte-Carlo, the brand’s official distributor in the Principality, Paola Lenti furnished the Upper Deck Lounge.  Luxury companies vital to achieving the high-specification custom interiors for superyachts had stands here including Glyn Peter Machin, Sabrina Monte-Carlo and Paola Lenti.

The MYS Superyacht Awards 2016 again proved a success to showcase the best in luxury yachting with a list of 13 exceptional yachts vying for 4 awards.  The award winners were: 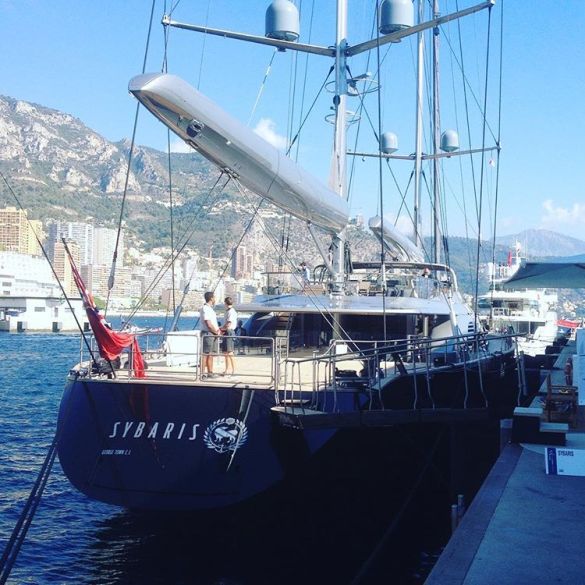 With yachting in Monaco a major economic sector, the Monaco Yacht Show continues to place the Principality on the international stage for influential yacht shows and commercial events.