This month’s contribution to #AllAboutFrance blog link up (hosted by Lou Messugo) was inspired by a conversation with a man I bump into often at a cafeteria where I regularly go.

He is an unassuming pleasant man who is brimming with interesting stories and he was the stimulus for another previous post of mine about this undersea city on the French Riviera.

Recently, he asked how my blog was going and I told him I enjoy researching posts about different locations and history.  He replied ‘Oh there is much to say about the Gard region – have you heard the story about the poisoned bread?’. 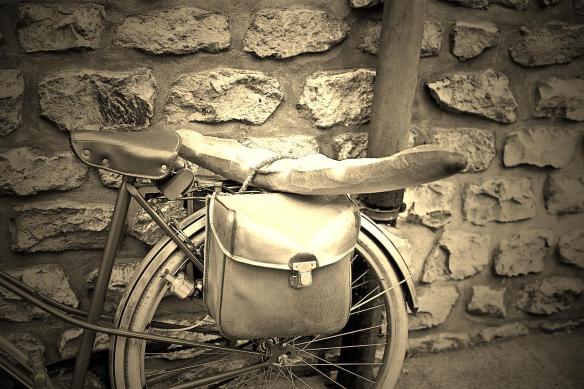 A visit to the boulangerie would never be the same again…

Naturally, he expanded on his comment and this resulted in my heightened interest and research on the subject – I hope you enjoy my random topic for this month’s link up, it certainly proves you never know where your next blog topic will come from!

Pont-Saint-Esprit is a town in the Gard département, part of the Languedoc-Roussillon region in southern France. The Ardèche River flows into the Rhône, just to the north of the bridge that is the site of a historical crossing, hence the origin of the town’s name.

Pont-Saint-Esprit is famous as the town of origin of Michel Bouvier, a cabinetmaker, who was the ancestor of John Vernou Bouvier III, father of Jacqueline Kennedy. But, perhaps its most intriguing claim to fame is the curious case of Le Pain Maudit (‘cursed bread’).

Le Pain Maudit is the name given to a mass poisoning that occurred in this small town in August 1951, and continues to create speculation, cause confusion and remain a mystery to this day.

Most academic sources and doctors at the time concluded that bread from one of the town’s bakeries, the Roch Briand, had become contaminated by ergot,  a poisonous fungus that occurs naturally on rye and was the source of the poisoning. 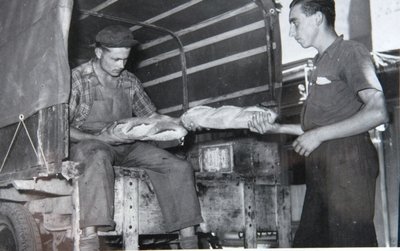 Regardless of the origin, the strange outbreak of insanity put Pont-Saint-Esprit on the map.

What were the effects?

Townspeople were overcome by intense hallucinations that involved being consumed by fire, or beasts or gigantic plants. Though it was believed to be just a single day when the infected bread was eaten, symptoms lasted for a fortnight or more in some people. The worst symptoms appeared after six days and included severe delirium in many cases. Numerous people were taken to the local asylum in strait jackets.

• A postman doing his rounds who was suddenly stricken by nausea and fell off his bike as he experienced wild hallucinations. He later commented that his body felt like it was shrinking and he remembered serpents coiling around his arms.
• Another man believed he was an airplane, before launching out of a second-floor window, breaking his legs.
• A worker tried to drown himself because his stomach was being eaten by snakes.
• A man saw his heart escaping through his feet and begged a doctor to put it back in place.
• An 11-year-old tried to strangle his grandmother.

In 2010, French Channel 3 broadcast ‘The Devil’s Bread’, a film by Bertrand Arthuys which meticulously reconstructs the Pont-Saint-Esprit episode. It relays the madness that seized the village, the suspicions surrounding the bread baker and the interest of certain French officials to cover up certain aspects.

Food sickness throughout France in 1951

In the same year as the poisoning in Pont-Saint-Esprit, there were a number of cases of food-borne illness around France: More than a hundred people in Eure-et-Loir fell ill from eating horsemeat; contaminated powdered milk sickened many children in Metz and three people died from tainted pâté du foie in the Ruhr.

The cost of living in France at the time was considered very high and the quality of many food products, especially bread, remained nearly as bad as during World War II. Even though rationing had ended just a few years earlier, bread was still under tight controls to keep the prices low and the dirigiste nature of distribution meant bakers were assigned to specific millers.

As the daily baguette tended to be lousy well after the Liberation, sub-standard flour and off-colour or bad-smelling bread did not necessarily set off the alarms that it would have in more prosperous times.

For almost 65 years, the incident has been mostly attributed either to ergot poisoning or mercury poisoning. Some of the main theories for the cause of the poisoning are:

It was widely believed that this toxic fungus produced in grain silos was the potential culprit, though debunkers of this theory argue that the contamination would be more widespread and affected more than just one bakery.

The attribution to ergot poisoning was based almost solely upon the findings of biochemists dispatched to the scene from the nearby Sandoz Chemical Company in Basel, Switzerland**

**Footnote: For more about the link with Sandoz there is a footnote at the end of this article.

Mercury poisoning was included as one hypothesis for the cause of the poisoning due to the use of Panogen and other fungicides used to treat grains and seeds, however it was argued that the symptoms exhibited by victims in Pont-Saint-Esprit were not consistent with this.

In 2008, historian Steven Kaplan, the Goldwin Smith Professor of History at Cornell University, published an extensive historical account of the incident. His book Le Pain Maudit insists that neither ergot nor LSD could have been responsible, and.the poisoning might have been caused by nitrogen trichloride used to artificially (and illegally) bleach flour.

In the early 1950’s, biological warfare scientists around the world were experimenting with anthrax, cholera and LSD – government-led operations were put in place at a time of high paranoia and tension about conflict in Korea, Communism and the loss of the U.S. nuclear monopoly.

LSD was administered to CIA employees, doctors, other government agents, and members of the general public in order to study their reactions and obtain theories about psychological deprogramming and mind control. Nearly 6,500 U.S. servicemen were unwittingly subjected to LSD in the 1950s and 1960s.

In 2009, a U.S. journalist, who was investigating the Cold War mind control experiments conducted by the CIA, came across some documents relating to an incident in France that was never explained. He revealed a White House document labelled with the name of 2 French spies, a CIA scientist and the town’s name:

There was another file that referenced:

“Re: Pont-Saint-Esprit and F. Olson Files. SO Span/France Operation file, inclusive Olson. Intel files. Hand carry to Belin – tell him to see to it that these are buried.”

– F. Olson is Frank Olson, a lead CIA scientist who, at the time of the Pont-Saint-Esprit incident, led research for the agency into the drug LSD.
– Span was a project that fell under the CIA’s biological weapons program, MKUltra. MKUltra conducted experiments on humans without their knowledge and the purpose was to discover the secret of brainwashing. The results were intended to identify and develop drugs and procedures to be used in interrogations and torture, to protect agents or gain control over enemy spies.
– Belin is David Belin who was Executive Director of the Rockefeller Commission created by the White House in 1975 to investigate abuses carried out worldwide by the CIA.

The journalist who uncovered these documents alleges that in 1951 the CIA was testing a secret biological warfare weapon: the aerosol dispersion of LSD and they chose Pont-Saint-Esprit as the test location.

After the poisoning broke out, biochemists were sent to the scene from the Sandoz Chemical Company in Basel, Switzerland. Included in the contingent from Sandoz was Dr. Albert Hofmann, the man who had first synthesized LSD in 1938. 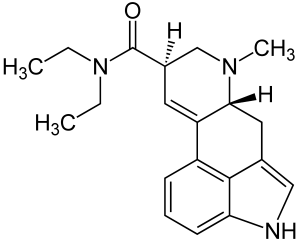 At the time of the Sandoz group’s visit to Pont-Saint-Esprit only a handful of scientists worldwide, estimated to be no more than eight-to-ten, knew of the existence of the man-made drug LSD.

Of perhaps equal, if not greater, importance was that virtually nobody in France in 1951, apart from a select few officials at Sandoz Chemical, was aware that the company had promoted LSD as a potential secret chemical warfare weapon to the U.S. Government.

Their main selling point was that a small amount in a main water supply or sprayed in the air could disorient and render psychotic an entire company of soldiers leaving them harmless and unable to fight.

After Pont-Saint-Esprit , further experiments were conducted in New York in the 1950’s (Operations Big City/Open Air and Mad Hatter) that involved using specially devised aerosol devices filled with LSD on the New York Subway, and the aerosol spraying of chemicals through the exhaust pipe of a car that was driven by CIA and Army scientists around New York City.

To add more mystery to this case, Frank Olson, one of the leading scientists was unknowingly given LSD and meretran by the CIA in 1953 and died under unresolved circumstances.

The Pont-Saint-Esprit documents were filed incorrectly hence their discovery many decades after the incident.

Further investigations around the experiments have been hampered because in 1973, the CIA Director requested destruction of all of its records on MKNAOMI, Project CHATTER, Project Bluebird / Project Artichoke / MKUltra and Project Scan and its work with Fort Detrick’s Special Operations Division (the Maryland unit where biological weapons were tested).

I have my own opinion around Le Pain Maudit, what are your thoughts? It certainly is a curious case!

Sources: All research and republication of text for this article comes from the public domain including Wikipedia, The History Channel, Voltaire.net, Hufifngton Post, Business Insider and Telegraph.

10 thoughts on “The Curious Case of Le Pain Maudit”