Visiting France you are sure to be introduced to one of two anise-flavoured drinks – pastis and absinthe.

Common nicknames for pastis include a pastaga, and parrot (perroquet), and absinthe is widely known as La Fée Verte (The Green Fairy) as well as Green Fury, Green Oblivion and the unappealing nickname of Corpse Reviver!

As Ernest Hemingway once said:

Pastis, is a popular liqueur in southern France, and was first commercialised by Paul Ricard in the 1930’s. It is distilled from star anise and licorice roots (herbs of Asian origin), whereas absinthe is made from green anise (a European herb) and sweet fennel.

Absinthe, is a highly-alcoholic spirit named after one of the plants in its composition – grand wormwood (Artemisia absinthium). While there is historical evidence that this plant was used by the ancient Greeks and Egyptians, the exact herbs used in the absinthe of modern times were not commercially distilled until the late 19th century.

Absinthe was created in Switzerland as a medicinal elixir and it found immense popularity throughout France from the late 19th century.

The popularity of both drinks in French history have provided inspiration to poets, writers and artists. They have featured on many vintage art posters through the decades.

Today, the anise-flavoured beverage producers are competing with a huge range of alcoholic products on the market so they are strategizing by designing limited-edition bottles, new flavours (with lemon etc) and inventive cocktail recipes.

How to drink pastis and absinthe

Is usually served using an absinthe fountain. Fill your glass with a one part absinthe, then place a spoon over your glass with a sugar cube on it. Slowly drip water from the fountain over the sugar and it will dissolve into your glass. When it starts to turn cloudy (the beverage-geek term is ‘louches’), mix in the sugar and ouila! Now you can pretend you’re crazy and chop your ear off like Van Gogh (just kidding!). The mix should be around one volume of absinthe to five volumes of water.

How to drink absinthe

If you want to drink it the Riviera way, try a perroquet (pastis with mint syrup) or a mauresque (pastis with almond-flavoured syrup). Cocktail fans can rustle up a ‘Death in the Afternoon’ absinthe cocktail as referenced in Ernest Hemingway’s book of the same title – mix together 1 ounce of absinthe and 4 ounces of Brut champagne in a champagne flute and serve.

Why absinthe was banned in France

Blame it on the bugs

In the mid 1800’s, a parasitic aphid ravaged grapevines and devastated thousands of French vineyards.

Wine production in France stagnated amidst the immense popularity of absinthe, which was a preferred drink due to its accessibility by all classes of French society.

Blame it on grumpy wine growers and the fun police

French wine producers, in an effort to pry their customers back from the pleasures of absinthe, joined forces with campaigners from the temperance movement to discredit the benefits of absinthe and tar it as a social evil.

Blame it on the bohemians

It was portrayed by painters and poets as driving people mad, causing lethargy and stupor.

Absinthe’s reputation was believed to have addictive mind-altering properties due to a chemical compound called thujone. Interestingly, thujone is also found in small amounts in other liquours including vermouth and chartreuse and it is also present in the herb, sage (which I’m quite sure has never been banned from being used in cooking).

In fact, many traditional suppliers added copper salts to enhance absinthe’s green hue which probably contributed to its toxicity.

Blame it on publicity

With increasing negative speculation, including a highly-publicised murder case in France attributed to insane behaviour from absinthe drinking, this lead to it being banned in many countries, including France in 1915.

The French came to their senses after scientific studies couldn’t verify the harms of absinthe-drinking, and in the year 2000 absinthe was reinstated as a legal beverage for sale under a different name. It has been regaining a firm place in French traditions over the last 14 years.

Where you can buy some French brands

Some French brands of Pastis are Pastis 51 & Ricard, Duval, Janot, and Granier. Pastis is sold in most French supermarkets. 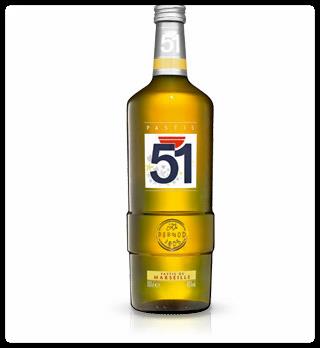 Some French brands of Absinthe are Vieux Pontarlier, and Pernod Absinthe. The boutique store Vert d’absinthe in Paris is a dedicated shop that stocks absinthe.

If you visit the French Riviera, Antibes has a small Absinthe Museum/gift shop in the Old Town with street-frontage to the busy Marché Provençal. If you like vintage posters you’ll enjoy the décor of the Absinthe Bar located underneath in a vaulted stone cave.

The bar is not family-friendly or wheelchair-accessible but it’s a great spot for night-time entertainment and apéros as it has a bar list with both white and green absinthes.

There is also a Postcard Museum (Musée de la Carte Postale) in Antibes with vintage postcards of all themes including absinthe bars of days gone by.  The Postcard Museum is closed Mondays and bank holidays, and open 2pm-6pm Tuesday-Sunday.

A little-known spot is Les Strélitzias, a hotel / holiday apartment residence that has an on-site bar ‘L’Anis’ that offers over 100 different types of pastis and absinthe. I wouldn’t recommend sampling them all in one visit!

Further towards Marseille, Île de Bendor just off the coast of Bandol was purchased in 1950 and developed by the founder of Ricard pastis, Paul Ricard.

The small island has a hotel, art galleries, restaurants and two museums – the Exposition Universelle des Vins et Spiritueux houses displays with thousands of bottles and glasses, and the Museum of Advertising Objects is dedicated to pastis advertising.

Both museums are open during summer only (free entry).

Île de Embiez is situated a bit further away near Le Brusc, and was purchased by the Paul Ricard trust in 1958.

The island has accommodation, restaurants, walking and cycling tracks, a tourist train, a small vineyard and Ricard’s Oceanographic Institute with a small public aquarium.

This idyllic Mediterranean location is his final resting place (his gravesite is on the highest point of the island overlooking the sea).

www.lesilespaulricard.com has more information (including ferry timetables) in French and English if you want to visit these two islands 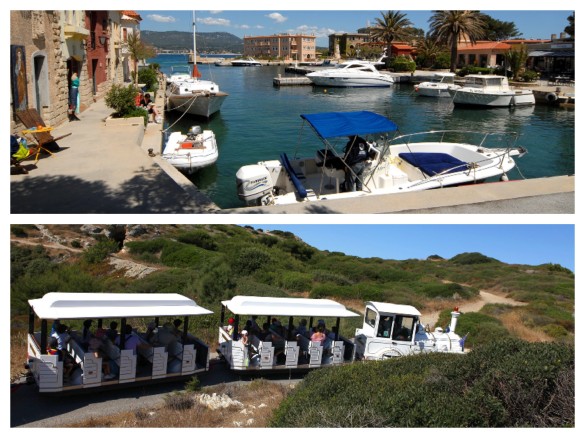 Did you know you can buy artisan-made pastis in Nice?  It is sold via many shops and online.  Visit http://www.pastisdenice.com to learn more.